The Top 10 Things To Do & Places To Go In Barcelona 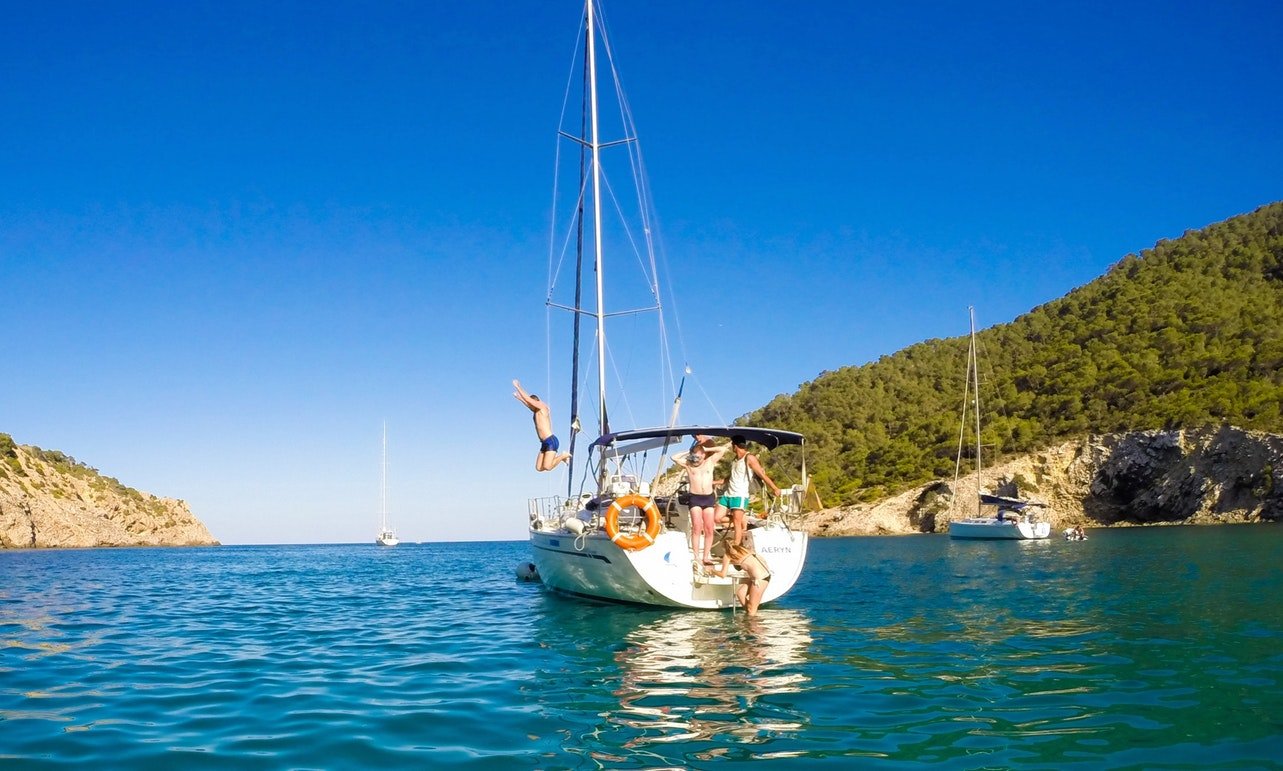 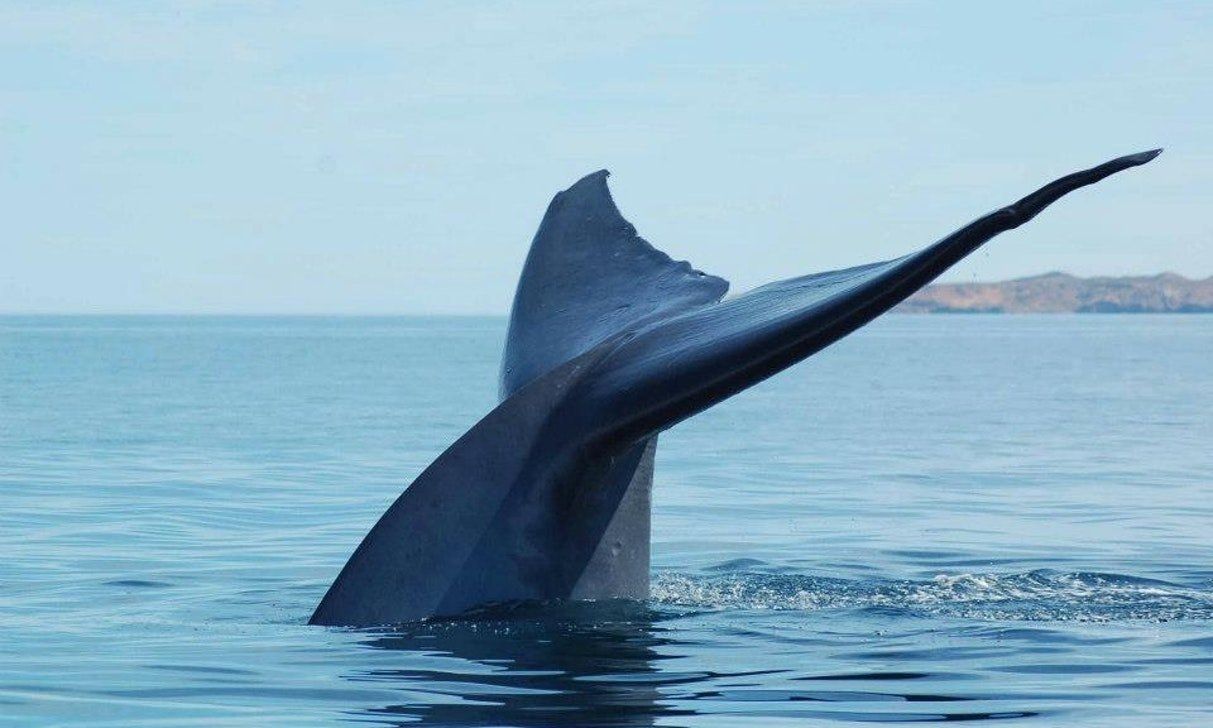 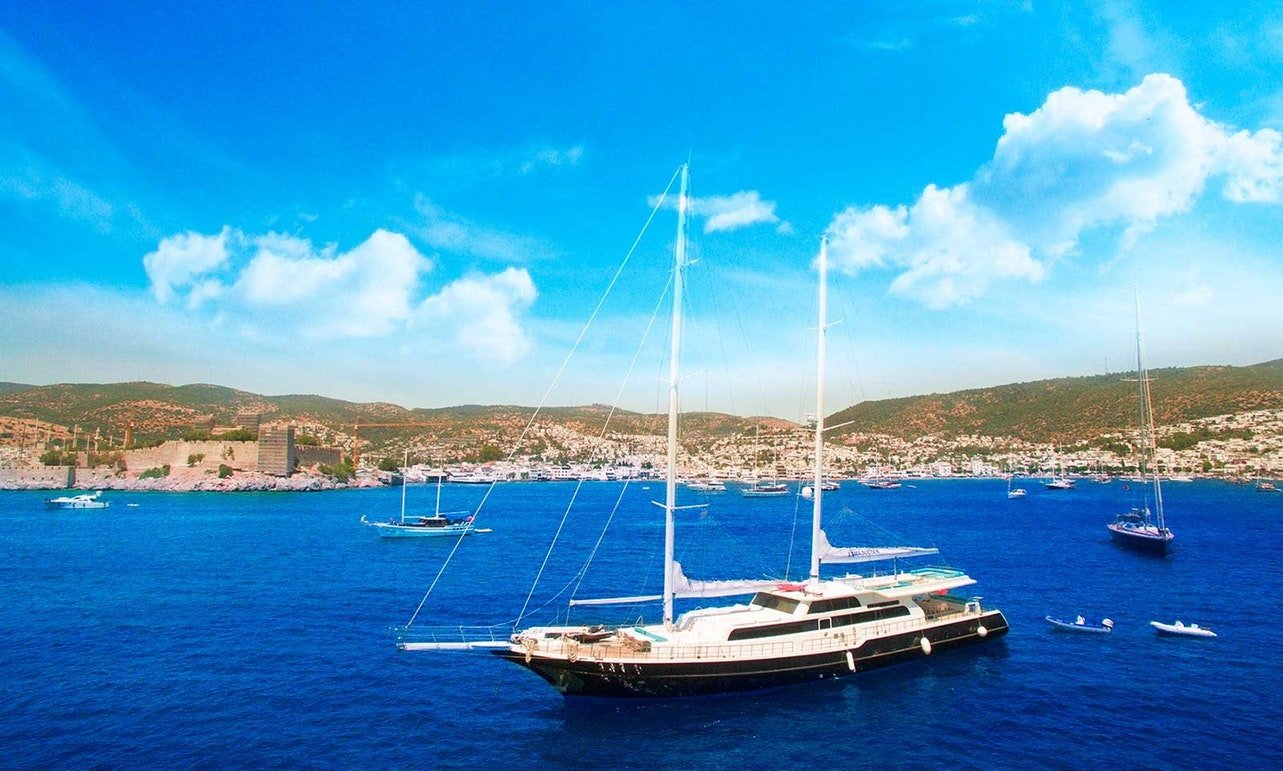 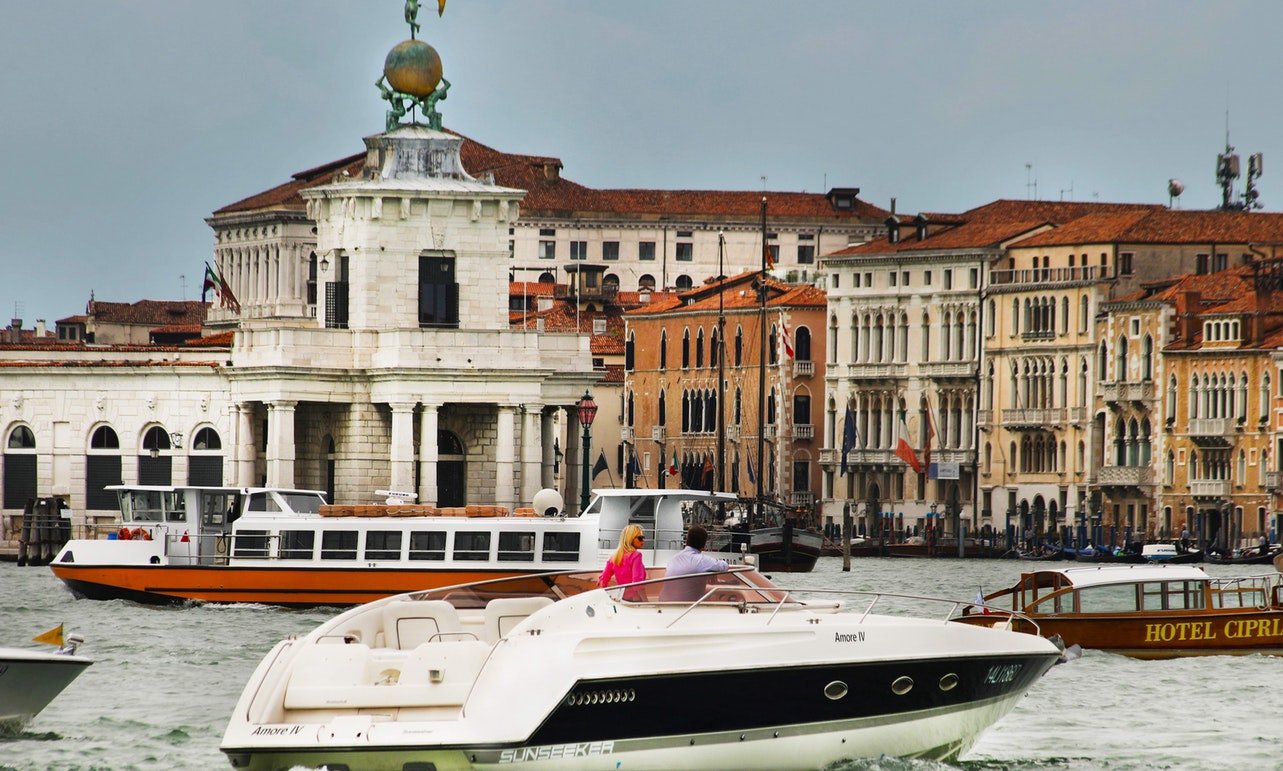 Barcelona is one of the world’s most popular tourist destinations, and if you take a trip there you’ll soon understand why. This beautiful city is the capital of Catalonia, and it’s the second-most populous city in Spain.

There’s so much to see and do in Barcelona, including adventurous activities, exploring the city’s artistic heritage, and taking a step back in time with a historical tour of local landmarks. And of course, Barcelona is located right on the beach, so there are plenty of things to do outside in Barcelona, from water sports and swimming to beach volleyball.

There’s an endless list of things to do in Barcelona; you’ll probably struggle to fit in everything. If you’re wondering what you absolutely must do in this city, we’re sharing the top 10 things for you to enjoy. 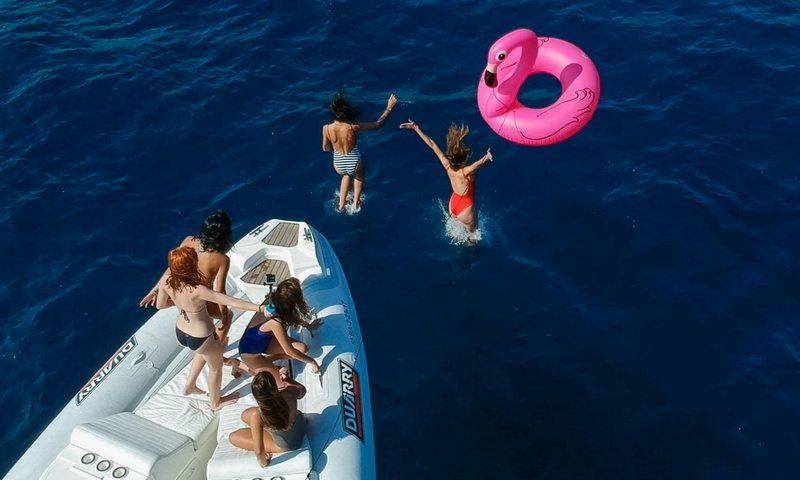 The best things to do in Barcelona

1. Get to Know Gaudi

We can’t talk about Barcelona without mentioning Gaudi. The city is famed for its stunning art nouveau architecture, with many buildings designed by the world-renowned architect Antoni Gaudi. Gaudi was a key Modernist architect, and his work is famous throughout the world. Exploring his architecture remains one of the top things to do in Spain.

Gaudi’s most famous Barcelona building has to be the church of the Sagrada Família, one of the best things to see in the city. Other notable works that you’ll find in Barcelona include the Casa Vicens and the Casa Batlló. Gaudi’s architecture is so impressive that six of his works have now been designated UNESCO World Heritage Sites. 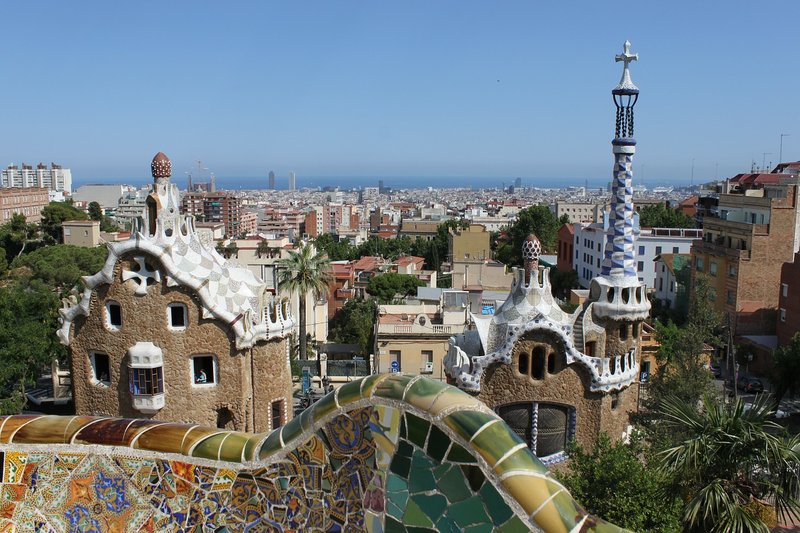 If you’re interested in an adventure by boat, make sure you check out boat rentals in Barcelona before you head off for a day. There is a huge range of different boats you can rent to create your dream day out off the shores of Barcelona, including catamarans, sailing boats, speedboats and so much more

Barcelona itself was once a fishing town, and you’ll find that the harbor remains a central point of the city. Take a stroll along the harbor at Port Vell and soak up the sunshine while you check out some of the world’s most impressive boats moored there. We also recommend that you enjoy an ice cream at this point, to complete your experience of beautiful Port Vell! 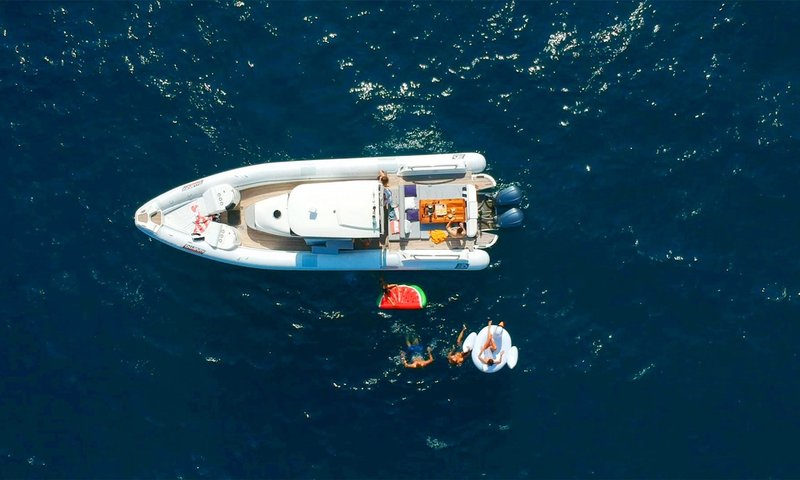 Whether you’re a complete novice or an expert, there’s never been a better time to embrace watersports. Watersports are considered one of the more adventurous things to do in Barcelona, but if you try it we guarantee you won’t regret it.

With so many things to do in Barcelona, you’ll find yourself in need of a refuel at some point. And what better way to embrace the city’s foodie culture and prepare for your next adventure than by enjoying a delicious tapas feast?

Barcelona is known for its amazing tapas bars, so head to one of the best, like La Cova Fumada or Roure, and enjoy a real taste of the city. Make sure you order the croquetas, bombas (which is like a mashed potato ball with meat), and mojama, a delicious local delicacy of salt-cured, air-dried tuna. 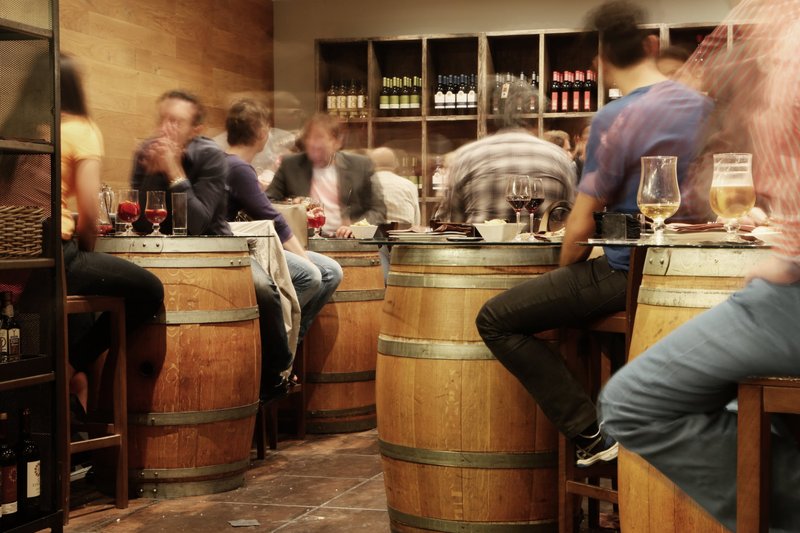 If you’re on the hunt for things to do in Barcelona at night, we highly recommend that you check out one of the city’s amazing concerts. Barcelona is a city with a thriving music scene, and there are vast numbers of live music venues and traditional concert halls, showing a wide selection of concerts and other performances year-round. Check out Razzmatazz and Apolo, and the splendid concert hall of Gran Teatre del Liceu.

The people of Barcelona take their chocolate very seriously, so when we tell you that this is a chocoholic’s paradise, you’d best believe it! There are hundreds of confectionary shops lining the streets, and visiting them has to be one of the tastiest things to do in Barcelona.

If you’re looking for something special, make your way to Escribà, and if it’s the sugary goodness of cooked candy you’re after, you can’t miss Papabubble. There’s also a milk bar called La Granja, which serves some of the best hot chocolate we’ve ever tried.

7. Shop Til You Drop

Catalans are known for having a keen eye on fashion, and as you might expect Barcelona is one of the world’s best destinations for shopping. Explore the city’s amazing independent shops, where you’ll find absolute gems from local designers. You’ll also spot familiar brand names such as Zara and Mango in Barcelona.

If it’s shoe shopping you desire, you can’t miss Cuervo Cobblerblack Bird in Gràcia, where you’ll find fantastic handmade shoes, all designed and created by local craftsmen. It’s like taking a step back in time, in a really good way.

Barcelona is home to some amazing local festivals, and if you’re lucky enough to be in the city when one is taking place, we highly recommend you attend.! In September the city is transformed for the celebrations of the Festes de la Mercè, a massive five-day party where the best of Catalan culture comes together to show-stopping effect.

Almost all of the city’s neighborhoods host their own smaller celebrations. The best one to visit is the Gràcia festival, which takes place in August and spans a whole week.

With so many things to do outside in Barcelona, it can be easy to overlook some of the simplest, yet most enjoyable activities, such as exploring the streets by foot.

Barcelona’s neighborhoods all come with such a rich, varied history and boast incredible architecture, cozy restaurants, and divine coffee bars. The best way to get to know the different neighborhoods of the city is by taking a stroll around and seeing where you end up. Don’t be afraid to go for a wander and see what you come across. 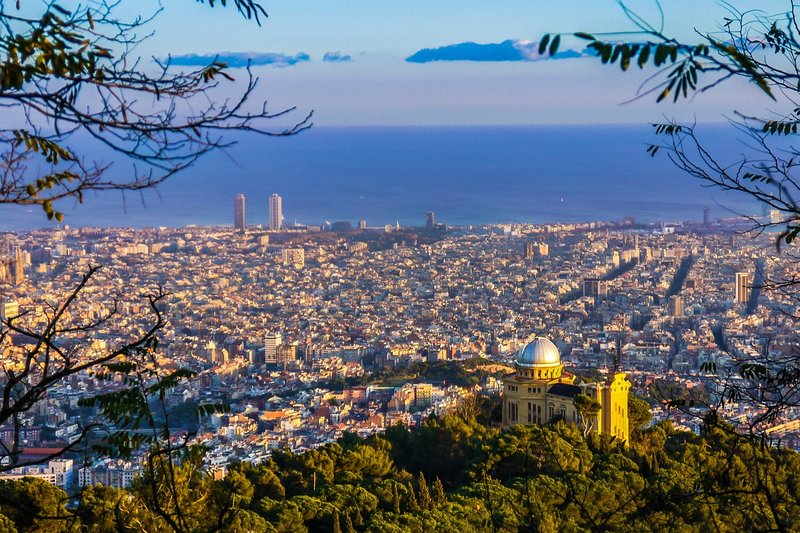 10. Party The Night Away

Finally, our list of what to do in Barcelona doesn’t end when the sun goes down. As you might expect, Barcelona has a thriving nightlife scene with several world-famous nightclubs and a whole host of incredible bars and pubs.

Start the night with a handcrafted cocktail at one of Barcelona’s famous lounges and then move on to the clubs. We love Sala Apolo and Razzmatazz. If you’re into Indie music, you’ll love Sidecar, and if rock music is more your thing you must try Magic. It’ll be a night to remember that will last into the early hours of the morning.

The Real Question Is… What Can’t You Do in Barcelona?

Barcelona is one of the world’s most visited cities, with good reason. There’s so much to see and do in Barcelona, whether you’re thinking of an adventurous day out, a more relaxed tour of local architecture, a boat trip, or the ultimate shopping excursion. Book your trip to Barcelona, you're guaranteed to make memories you'll never forget!